5 weird things your body does

You’ve probably got out the bath after a long soak (well, not Capetonians…) and looked at your hands and feet, wondering why they look like prunes. Or wondered why, after you brushed your teeth and then drank orange juice, your mouth tastes disgusting.

Here are five weird things your body does and why.

You’ve been soaking in the bath for some time or cooling off in the pool for hours. When you get out, your hands and feet resemble prunes.

Mark Changizi, an evolutionary neurobiologist at 2AI Labs in Boise, Idaho, and his colleagues, suggested in 2011 that wrinkling of wet fingers may have an evolutionary function that offered a drainage network to improve grip.

According to a recent study, published in Biology Letters, people were asked to pick up wet and dry objects (including marbles of varying sizes) with dry hands and wrinkled hands that had soaked in warm water for 30 minutes. They were able to pick up the marbles with wrinkled fingers quicker than they could with dry hands. The wrinkles, however, made no difference when it came to picking up dry objects.

"We have shown that wrinkled fingers give a better grip in wet conditions – it could be working like treads on your car tyres, which allow more of the tyre to be in contact with the road and gives you a better grip," said Tom Smulders, an evolutionary biologist at Newcastle University, UK, and a co-author of the paper.

Although it’s clear that wrinkles offer an advantage to handling wet objects but apparently no disadvantage with dry ones, Smulders says it's not clear why our fingers are not permanently wrinkled. But he has some suggestions, “Our initial thoughts are that this could diminish the sensitivity in our fingertips or could increase the risk of damage through catching on objects." 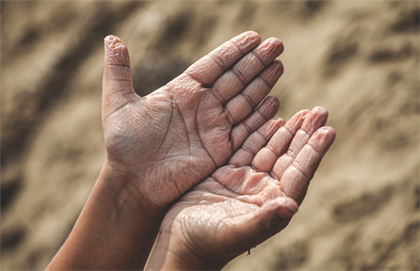 You’ve brushed your teeth and take a sip of orange juice. Instead of tasting delicious, fresh and sweet, it tastes so bad it makes your eyes water.

Scientists aren’t too sure why this happens but they do have a few theories. One has to do with sodium laureth sulphate (SLS), an ingredient in toothpaste that helps it foam and give our mouths a good clean.

The American Chemical Society explains that we have 10 000 taste buds and each one has 100 taste receptor cells. Our taste buds can taste five different taste types – sweet, sour, bitter, salty and umami.

Toothpaste has four main ingredients: water, abrasives, fluoride and detergents (that’s what creates the foam when you brush your teeth). Most toothpastes contain a detergent called sodium lauryl sulphate (SLS), which can suppress our sweetness receptors and destroy compounds called phospholipids (or bitterness inhibitors).

Your brain has a difficulty recognising that you've consumed something sweet. This process opens up a pathway for bitter molecules to reach sweetness receptors, which explains why drinking something like sweet orange juice soon after brushing your teeth produces a bitter and often soapy taste. You’ve been lying on the couch watching TV with your dog curled up on your feet. You get to get something drink and fall over – your foot has gone completely numb.

You experience a loss of feeling in your foot due to “temporary compression of nerves”, Rebecca Traub, an assistant professor of neurology at Columbia University, told Business Insider. What happens is this: A nerve is pinched and does not communicate with the spine and brain.

Steven Vernino, a professor of neurology at the University of Texas Southwestern Medical Center and a fellow at the American Academy of Neurology, compares nerves carrying electrical signals in our body to water moving through a hosepipe.

Signals are transmitted to the brain from one part of the body; the brain recognises the signal and sends a message back. For example, when you touch a hot stove, the nerves in your hand send a signal to your brain that it’s hot; your brain interprets this as pain and makes you pull your hand away from the hot stove.

But if there is a kink in the nerve, much like water that gets stuck in a twisted hose, the signal can’t reach your brain. "One common nerve in the leg that is compressed is the fibular nerve, which travels around the side of the knee and often gets pinched when people sit with their legs crossed for a prolonged period," said Traub.

You can rest assured, though, a dead leg is not caused by a lack of blood supply says Traub. Although it is possible to cut off the blood flow to your limb, Prof Vernino says that is rare. 4. Weird thing: A shiver down your spine

People usually say a shiver down your spine means a ghost is walking over your grave. You know the feeling; you suddenly get a shiver that involuntarily moves right down your spine and it sometimes happens when you hear a beautiful piece of music.

It’s normal to get goose bumps or a cold shiver down your spine when you are scared. It’s usually an indication that adrenaline is moving through your body, preparing you for fight or flight.

According to Naked Scientist, Ginny Smith, scientists aren’t entirely sure why we get shivers when we hear something beautiful. However, she says one theory exists that something unexpected can cause the same response because unexpected things can be dangerous. “So, it’s a good idea to prepare yourself in case that unexpected thing is danger. But when we know we’re not in a dangerous situation, we can actually re-interpret those bodily feelings as a kind of pleasure,” she explains.

“So, when it's studied, these kind of tingles often come in music when there's a sudden change in the tempo or the volume that maybe you weren't expecting. And you get that kind of fear response but you know you shouldn't be scared.” You’re drifting off to sleep when your entire body jerks you awake because you feel as though you are falling or tripping.

This involuntary movement called a hypnagogic jerk and usually happens as you fall asleep. When you’re dreaming, your body is paralysed (which explains why you don’t move around too much) but sometimes you start to dream before your body has "switched off" completely.

Dr W Christopher Winter, Men’s Health sleep advisor and medical director of the sleep centre at Martha Jefferson Hospital in Virginia, says with hypnagogic jerks you might be acting out a dream that involves falling off a cliff, falling out of the sky or even just tripping over something.

Researchers don’t really know why you experience the feeling of falling.“It’s more likely to happen when you’re overtired, sleep-deprived or stressed,” Dr Winter says. “And your brain enters into sleep cycles more aggressively, but your body hasn’t caught up.” Do you have any weird things that happen to you that don't make sense? Email mandy.freeman@24.com and let us know – we'll see if we can find the answers.