7 diseases that can kill you within 24 hours

There are literally thousands of diseases that affect humans, and most of us pick up some kind of ailment once or twice a year. Childhood diseases like measles, mumps and chicken pox are common, as is the odd cold or bout of flu.

These conditions are generally accepted as part of life as they are seldom deadly. However, other diseases like cancer, heart disease, TB and malaria are a different story and cause millions of deaths all over the world.

According to the World Health Organization (WHO), the eight leading causes of death globally in 2008 were:

The above diseases and conditions are potentially deadly, but with the possible exception of lower respiratory infections and diarrhoeal diseases, take their time.

There are however diseases with a very rapid progression from the appearance of symptoms to death, and some have the potential to kill you within 24 hours. Here are seven examples.

Meningitis is usually caused by a bacterial or viral infection and is an infection of the protective membranes that surround the brain and spinal cord. It is most common in babies, young children, teenagers and young adults. It can cause life-threatening blood poisoning (septicaemia), and according to First Aid for Life can kill within four hours.

Also known as necrotising fasciitis, this bacterial skin infection quickly spreads through the body’s soft tissue. It is fatal in 30 to 40% of cases. Amputation of affected body parts is often necessary to stop the infection from spreading. 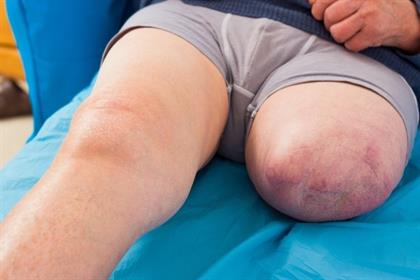 A stroke is when blood flow to part of the brain is interrupted, resulting in oxygen deprivation to brain tissue. It usually happens because of a burst blood vessel or blockage by a clot. Depending on the severity of the stroke, recovery is possible, but a massive stroke can kill you within two hours.

Cholera is an acute diarrhoeal disease that can kill within hours if left untreated. It is caused by ingestion of contaminated food or water. Cholera remains a global threat to public health and causes an estimate 21 000 to 143 000 deaths worldwide every year. All forms of the plague are caused by the bacterium Yersinia pestis and are transmitted from rats to humans by fleas. Pneumonic plague can kill quickly, within 18–24 hours of infection, if left untreated, but common antibiotics can cure it if they are given early on. Symptoms of pneumonic plague include respiratory symptoms such as shortness of breath and coughing‚ often with blood-tainted sputum.

Ebola haemorrhagic fever is a disease that causes bleeding from internal organs and body orifices in most cases. Ebola outbreaks have occurred in a number of African countries. Reported fatality rates for Ebola range from 50-90%. Victims can die within hours of their symptoms appearing. Dengue is a mosquito-borne viral infection, which causes a relatively harmless flu-like illness. It can however develop into a potentially lethal form. This haemorrhagic version can destroy blood platelets, and without platelets to coagulate the blood, internal bleeding causes the body to go into shock, leading to death within hours.