Did you know that depression is still the leading cause of ill health and disability worldwide? Latest estimates from the World Health Organization (WHO) indicate that more than 300 million people are living with depression, which is an increase of more than 18% between 2005 and 2015.

The WHO cites a lack of support for people with mental disorders, combined with a fear of stigma, as preventing people from getting the treatment they need.

The overall goal of the year-long campaign “Depression: let’s talk” was that more people with depression get the help they need.

“These new figures are a wake-up call for all countries to re-think their approaches to mental health and to treat it with the urgency that it deserves,” said WHO director-general Dr Margaret Chan.

“The continuing stigma associated with mental illness was the reason why we decided to name our campaign 'Depression: let’s talk',” said Dr Shekhar Saxena, director of the Department of Mental Health and Substance Abuse at WHO.

“For someone living with depression, talking to a person they trust is often the first step towards treatment and recovery.”

According to the South African Depression and Anxiety Group (SADAG), about 20% of South Africans will experience a depressive disorder at least once in their lifetime. Fortunately depression is a treatable condition and between 80 and 90% of people have a good response to treatment.

Have you ever wondered what it’s like to have depression? Health24 writer Mandy Freeman gives a personal account of her struggle with depression. 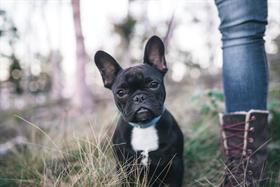 Although feeling sad or having the "blues" is a part of depression, there are a number of symptoms that are often overlooked. 3. Yoga may ease symptoms of depression

A study found that a number of yoga sessions per week helped ease depression in cases where medication had failed. 4. Should you tell your boss about your mental illness?

There's still a stigma attached to mental disorders, and deciding whether to disclose a mental illness in the workplace can be challenging. 5. How to support someone with depression

One in five South Africans suffers from a mental illness. Here are some tips on how to help support someone with depression. Depression affects about 350 million people worldwide and is a leading cause of disability. Here's a look at what depression feels like to those who suffer from it. 7. When should you see a psychologist?

According to The South African Depression and Anxiety Group (SADAG) 22 people commit suicide every day – so it is important to know when you need to consult a professional. Can depression hit at any age?