5 things you should know before taking an iron supplement

Anaemia caused by iron deficiency is the most common form of anaemia. If you suspect a lack of iron in your blood, you could avoid the onset of anaemia or treat iron-deficiency anaemia by incorporating a supplement in your diet.

However, unlike other nutrition supplements, you shouldn't take iron supplements without the guidance of a medical professional or knowing how some foods can limit the body's ability to absorb iron.

Should you take an iron supplement?

Feeling extremely fatigued, sluggish, suffering from memory loss and struggling to concentrate? It might not be the end-of-year blues dragging you down, but an iron deficiency.

Iron deficiency anaemia can be easily treated, but is often overlooked because of the large number of symptoms – it’s often easy to blame extreme fatigue on other factors such as a stressful lifestyle.

The most common signs and symptoms of iron deficiency anaemia include:

There are also other rare signs, which include difficulty swallowing and the craving for substances such as dirt or ice (known as pica).

If you suffer from any of these symptoms and suspect that your general diet might be lacking iron, you can talk to your doctor about an iron supplement.

What you should know

Before you start popping tablets, there are some things you should know about iron supplementation:

Iron supplements come in several forms such as tablets, capsules and liquids. It is important to take the correct dose for your individual needs, as too much iron in the blood can cause iron toxicity. Unlike some vitamins and other nutrients, a large dose of iron can’t be excreted through urine or faeces and will accumulate in the body tissue, which will lead to nausea, diarrhoea, liver damage, dehydration and even coma in severe cases.

Some people also have a medical condition called haemochromatosis, a disorder that can lead to excess iron in the body.

Your doctor should also be able to determine how severe your iron deficiency is and establish the correct dosage for you. 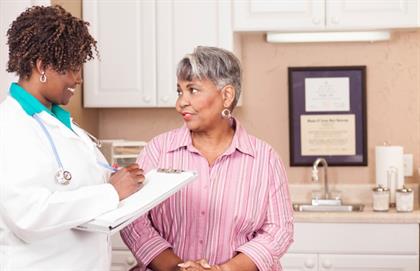 2. Continue taking the supplement, even when your iron level is normal again

The level of iron in the blood can be normalised within two weeks, but when you are taking an iron supplement, you should take it for at least six more months to build up the iron level in your bone marrow. Your doctor will continue testing your blood to check haemoglobin levels. 3. Iron may clash with other medications

If you have any concerns, clear them with your doctor first. You might have to wait a couple of hours between taking your iron supplement and other medications. 4 Iron supplements may cause side-effects

Iron supplements might cause unpleasant symptoms such as constipation, diarrhoea, heartburn or dark, sticky stool. While these symptoms are normal, you should talk to your doctor immediately if you experience blood in your stool, sharp abdominal cramps or severe nausea and vomiting. 5. Some nutrients may interfere with iron absorption

Some nutrients and foods interfere with the body’s absorption of iron. Don’t take your iron supplement with milk or dairy-products as calcium can counteract iron absorption. Also avoid taking your supplement with caffeinated beverages such as coffee or black tea. The use of nicotine can also limit iron-absorption. Why am I so tired?
❯
Search